The Willard School is built upon ancient agricultural fields. The Algonquins, Native Americans who once populated what is now Concord, planted and harvested corn, beans and squash using a system called “the three sisters”. Corn was planted in a circle, surrounded by a circle of beans. As the corn stalks grew tall and strong, the beans would climb the stalks, supported and raised from the ground so they would grow plentifully. Around the beans, they planted various types of squashes and pumpkins. These plants sent out massive leaves that covered the ground, helping to hold moisture in the earth and cool the roots of all three plants. The crops grew in harmony, helping each other to thrive and provide a plentiful harvest.The Willard community also works in harmony. By supporting each other and valuing our differences, we all strive to bring out the best in our community. These ancient fields continue to nurture our children today.

About Our School Song

About We’re Willard (aka:  the Willard Song) 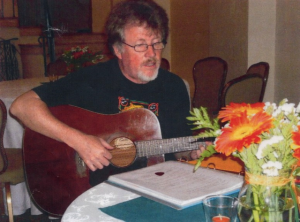 Many things came together that made the Willard School song, “We’re Willard”, happen.  It was 2009 and the Willard School was brand new.  We could not be more excited to move into our new school!  We had hopes of having a Willard logo and school song to match our beautiful surroundings.  Mrs. Fernandes was in agreement.  I was able to find a special person to create this important song.  Chris Jolliffe has been a dear friend of mine for many years.  He writes amazing songs plus he is a wonderful guitar player and singer.  I love his music and never tire of hearing it.  I asked him if he would write a school song for us at Willard.  He rose to the occasion! (You might already know that our own Mrs. Saunders drew the Willard logo that we use today!)

To write the words to the song, Chris did some research about the Willard School, and he discovered some of the history of Concord.  He found that Native Americans in the area taught the Puritan settlers how to plant crops that would work well together:  first plant a corn stalk, pole beans will wind up the stalk and squash plants will keep the ground moist with their large leaves.  That is the companion planting that Mrs. Saunders used in our school logo.  He learned that our address is on Powder Mill Road.  These historical facts became the lyrics of the song.

The first draft of “We’re Willard” had four verses, but I thought the fourth one was confusing.   I also gave some feedback about the refrain because I thought it would be easier to sing if it was always the same.   Once we settled on the song as it is now, we wrote it out in music notation and I taught the song to the whole school.  We often use a background recording with our singing and that was created in my basement.  My husband, Guy Urban, is playing piano, Chris Jolliffe is playing guitar, and my son, Cody Urban, is playing bass guitar.  The song remains a favorite of students at Willard.  I am grateful for this song each time I sing it.  I do not get tired of it, no matter how much we sing it.